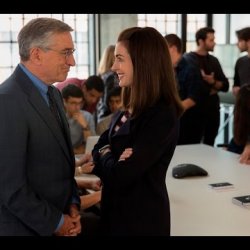 Næste indlæg
https://www.youtube.com/watch?v=uAOKGaUqQoI Hi Guys, I think this one looks okay. Not mind-blo

All The Kardashians Transformation from the first episode’s until Now.

The reality family has transformed their looks A LOT!!! Some more than others. Here is the before and after pictures of all our favorite reality stars.

Kim has had a nose job, lips fillers, cheek bone fillers and LOADS of botox. She has fake boobs and a ENORMOUS FAKE ASS. I think she looks beautiful, but her booty is WAAAAY to big at the moment, she almost looks a bit funny now. I liked her big booty when it was natural, it has always been big. I liked the size it had in the first episodes of Keeping Up With The Kardashians. But now her ass is Alien big lol. I mean it’s not special now, because it is fake. the cool thing about Kims body, was she had a huge NATURAL ass, like JL. But that is in the past now.

Kendal Jenner, She was a beautiful kid and now a Super Model. Well done Kendal, you made it work ALL NATURAL. Kendal was born to be a model, with her long slender legs and arms, she has the perfect model figure and a very pretty face. I like her personality a lot too, she seems like such a good girl with a genuine personality.

Kris Jenner, the mom manager, she really has a amazing business sense. The Kardashian’s wouldn’t have been where they are now, if it wasn’t for their mom manager.

Anyway it looks like she got some fillers and botox, maybe a nose job, I am not sure, it looks a bit funny on the before picture. She is allowed to get botox and fillers, she is in her 50ties. But some of her kids have done more stuff to their face than she has, that is strange.

Scott is one of my favorites in the reality serie. He is SOOO funny and cool, I love him. I always thought Kourtney was to bitchie towards him and very strict, like he was her kid. I think it was too much. I know he is wild and he needs boundaries. But I think she made he’s wildness worse by being so hard on him. She always seemed angry or disappointed with him – he could never do anything right. Anyway regarding he’s looks, not much changed, he looks a little older and he’s face is more defined, it suits him, he lost he’s babyface cheeks. He is more hansom now than before and no plastic surgery.

Rob I don’t even know what to write. I feel sorry for him – hopefully he will get back in shape soon. I miss him on the program, he used to be a cute hansom guy. It is insane how obese he is now.

Kourtney the natural one of the older sisters. She is into healthy remedies, so plastic surgery is not really her style. She has a very pretty face and she still looks good – without any botox and fillers. Good job girlie keep it natural, drink your water and get some good facial creams. She had a boob job when she was young, but that doesn’t really count, 50 % of all my girlfriends had a boob job.

Khloe my fave Kardashian girl. I love her style and I LOVE her personality, she reminds me of myself. Funny, protective, silly, crazy and very caring to her family and friends. I am the same. She has botox and lip fillers, I am not sure what else – maybe cheek bone fillers. She looks different because she lost her baby face fat and she is now much leaner. She turned into a gym freak like me. 😉 so her face looks skinnier and leaner. I think she had a boob job as well and definitely bum injections or a ass job. Whatever it is called – HER ASS IS HUGE – same ass clinic like Kim’s lol. She never had a perky ass just a big flat one in the earlier episodes, suddenly her ass is HUUUGE AND PERKY AND HUUUUGE!! I am all in on squats and training as you all know. But sorry to disappoint you ladies, you can never get an ass like that with only fitness. It is not possible.

Kylie had LIP FILLERS, I think she had a boob job and ass injections too. Her body changed A LOT. I know she has gotten older, but still. Anyway it all looks good on her. She didn’t over do it, the boobs or ass, they fit her body size – I am all for it – Her lips made her look so much better than before. Now she has sex appeal, good for you Kylie.

Bruce Jenner aka Caitlin Jenner – as we all know he changed from a man to a woman. The rest of the family members surgery is a peace of cake compared to Caitlyn’s plastic surgery. Anyway good for you Bruce if that makes him happy. I felt bad for he’s children, I would freak out if a male family member of mine decided to become a woman. I can’t even imagine it. 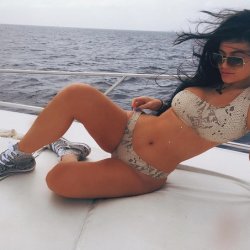 The Kardashians Take St. Barts — All the Vacation Photos!... 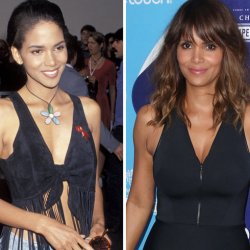 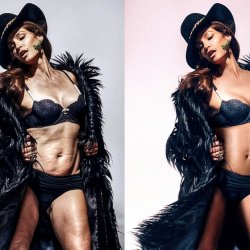 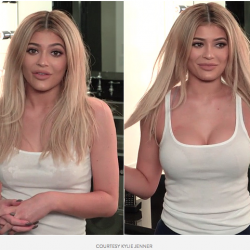 Small or Big Boobs, What do you prefer? 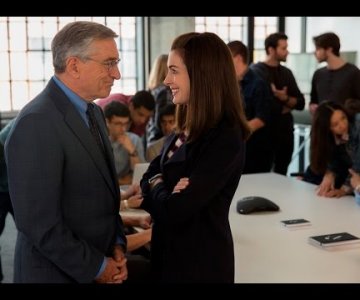 https://www.youtube.com/watch?v=uAOKGaUqQoI Hi Guys, I think this one looks okay. Not mind-blowing - a little cheesy actually. Definitely not a cinema movie. I will probably wait until it's …
Næste indlæg